The Zype Blog > Content Owners: You Have The Power, Time To Seize It
YouTube Distribution Why Zype? Creators Video Platform

Content Owners: You Have The Power, Time To Seize It

The video content creation industry has been through a series of tumultuous changes in recent years. The mass migration of viewers to video streaming platforms, followed by content owners and creators completely changed the landscape of how content makes its way to viewers’ screens.

This ongoing shift of power from traditional cable providers to video streaming platforms has created a dynamic environment. Traditional entertainment companies are seeking new avenues of content distribution and monetization. At the same time, “YouTube first” content creators like PewDiePie and Philip DeFranco are increasingly looking to move their premium content onto more stable and better monetized environments.

While there are stark differences between the two groups of content producers, both are focused on building independent Vertical Networks comprised of: owned & operated websites, YouTube channels, social media outposts, in addition to distribution on platforms such as Roku, AppleTV, Amazon FireTV, and Smart TVs.

Back to the Future

While video streaming platforms such as YouTube had a great concept that played on viewers’ desires for instant gratification and curation, in the early days there wasn’t a lot of attractive content available. 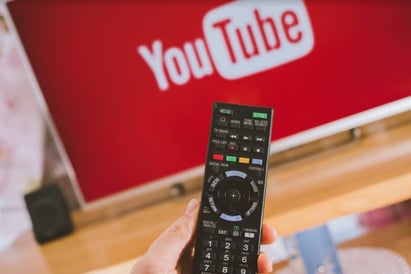 The transformation of these video streaming platforms into today’s mainstream culture was built on the backs of content owners who were willing to take the risk and explore new avenues. As streaming platforms gained more traction with viewers and carved a larger slice of the video content market share, the platforms matured into more powerful entities.

With this new-found power, streaming platforms gained the ability to attract more content owners and fund the creation of their own content. It also allowed them to implement stricter, less favorable revenue sharing agreements with content owners.

These “take it or leave it” ultimatums—which didn’t happen during YouTube’s first decade—have created one of the first labor issues in the digital age. YouTube and Twitch streamers, who could be viewed as employees of YouTube and Twitch, have recently started to encounter rocky times. Streamers who rely on YouTube and Twitch for their full-time income face the risk of being swept up in algorithmic or business changes.

For example, YouTube’s ongoing ad pulling controversy (due to certain videos being labeled inappropriate) has hurt content owners. The most famous case was when PewDiePie —a YouTuber with over 55 million subscribers—saw a significant decrease in his ad revenue because of YouTube's  stricter advertising standards ( due to significant pressure from advertisers). While this case may be of one of the most famous examples of a YouTuber feeling the pinch, it isn’t the first or last. Just ask Philip DeFranco.

It’s important to reiterate that content owners always have the power because of their content. Video streaming platforms rely on content to attract viewers, and in turn, viewers create revenue by watching ads.

While video platforms provide a huge audience from the sheer amount of traffic on the sites, content owners have the massive responsibility of building, maintaining, and monetizing their audiences. 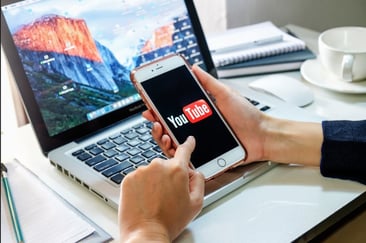 With a dizzying 1.3 billion people using YouTube, it’s easy to overlook any alternative routes. But the power and responsibility to keep subscribers, content, and revenue potential ultimately lies with you, the content owner.

When you take full ownership of the entire process, you are able to insulate yourself from any algorithmic or business model risks that are inherent with video streaming platforms.

The crux of the streaming platform issue is, “Who owns the audience?”

As the content owner, you also own the audience, whether you’re a traditional entertainment company or a “YouTube First” creator. Content owners that build loyal followings—not only on their streaming platforms, but across all social media platforms and even their own websites—provide valuable and monetizable entertainment for their audience.

Ultimately you have the power to build new revenue opportunities independent of YouTube and Twitch—revenue opportunities that are 100% yours using transaction and subscription business models. You should still use advertising and sponsorship models wherever you’re streaming your content. Streaming platforms like YouTube can evolve to be a key fan outpost that supports building audiences and redirects them to higher revenue opportunity distribution platforms.

In order to move beyond relying solely on video streaming platforms, organization is paramount. Organizing into labor unions or other organizations is great, but it’s equally important for content owners to organize around the content and ideas that drive audiences to their content in the first place. Fans aren’t interested in revenue disputes with YouTube and Twitch. Content owners who solely organize around labor disputes won’t build on their audience's interests. 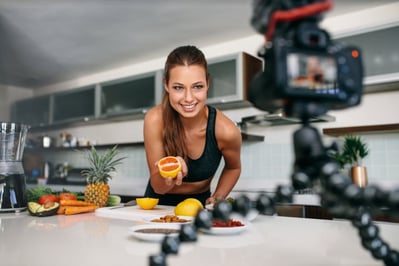 Being independent means taking full control of your livelihood. You have the opportunity to partner with like-minded independent content producers for the benefit of your subscribers. For example, think about how ad networks are organized based on interests and demographics. This could be an organizing principle for independent content producers and talent (e.g. JASH, Funny or Die). What form this takes is ultimately up to you.

The power will always lie with the content creators and owners. Corporate giants don’t necessarily have the power to dominate how your content is distributed and monetized. Just think of the stark differences between how the music industry operated 20-30 years ago, versus how it operates today.

While mass audience platforms like YouTube and Twitch are user-friendly, fans will always seek out the content they value and enjoy. Today’s content owners have the opportunity to build and nurture audiences across a variety of platforms that minimize risks while increasing their revenue upside. The variety of video money making models (ad-supported, subscription, transaction, donation, sponsorship) offers a path to independence and power. The time is now for creators and owners to strategize, prepare, and stay ahead of the game.

Ready to take ownership of your audience and revenue? Request a demo to see how Zype can help you build new revenue opportunities independent of YouTube.

Vimeo vs. YouTube: A clear choice for most video providers

For business owners looking to develop an online video presence, the search might ultimately come down to two...

Kids OTT Platform: Why Should You Create One and How

Did you know that nearly 60% of Netflix users globally choose to regularly watch kids and family content every month?...