While the Upfronts were the talk of the town, we’re very focused on how digital publishers have quietly been shaking up the digital video landscape in 2019.

While the pivot to video seemingly failed (thanks in large part to good old Zukerburg), digital publishers have slowly been fighting back...and 2019 might just be the best year yet when it comes to digital video.

Here are some of the top video headlines from digital publishers that you should keep an eye on.

Many digital publishers are beginning to think so -- with publishers partnering with other brands and platforms to get the distribution they need.

Distribution Opportunities - You’re only going to get onto HBO or Hulu if you have longer form video content. Period.

Beyond the monetization opportunities, long-form video has incredibly high retention rates with Buzzfeed reporting a 78% viewthrough and average five episodes per viewer of their most popular Youtube series.

However, one trick some digital publishers are using is to simply lengthen their current content -- meaning a typical 3 minute video might extend to 7 or 8 minutes. You’ll see this little hack come into play in a big way in a few…

Axios wasn’t the first to ink a contract with a traditional media network, and they definitely won’t be the last.

What’s interesting about Axios is that they really exploded onto the scene thanks to these big partnerships. In their first season of the show, their guests included President Donald Trump, Tesla CEO Elon Musk, Apple CEO Tim Cook and Microsoft founder Bill Gates.

Some big names from a relatively new and small media company.

So what can other digital publishers learn from this move?

On February 21, 2018, it was reported that Vox Media would lay off around 50 people, particularly surrounding video production. CEO Jim Bankoff stated previously that the company planned to exit native video for Facebook due to "unreliable monetization and promotion".

Which… is yet another sign for the quick death of Facebook Watch and the rise of long-form video content in strategic partnership with broadcasters and platforms.

Current partnered content includes “Explained” on Netflix, which was recently renewed for a second season, “American Style” on CNN, and “RetroTech” and “Show Me the Evidence” for YouTube.

So rather than publishers syndicating their existing content, they’re looking for strategic partnerships and distribution deals...Which is smart -- especially if you already have the production studios needed to make the magic happen.

4. Vice Tries to Turn the Page by Making Content for Others

Am I the only one who gets Vox and Vice confused?

Because it really looks like they’re pulling from the same playbook.

“We were seen as a redheaded stepchild,” Mr. Gabai said, “if our existence was acknowledged at all.”

With the entrance of Nancy Dubuc last year, the former frat house is turning a page as it looks to...create long-form video content.

Vice now has over 60 series in production, including the scripted “Gangs of London,” a big-budget action drama commissioned by HBO’s Cinemax and Sky, the British pay-television service.

They also the rights to a soon-to-be released film about  to Amazon for a whopping $14 million...so, if you’ve learned anything from these headlines, 2019 is all about long-form video content in partnership with media behemoths like Hulu and HBO.

While everyone cut their video teams in 2018 due to poor monetization and oversaturation, Hearst is doubling down on their video strategy in 2019.

According to Hearst, on-site pre-roll revenue grew 1000 percent in 2018, albeit from a small base, thanks to the publisher’s focus on creating more video.

This quote was pulled from this piece, and most digital publishers can relate:

So now that we fired everyone on our video teams...it’s time to think about restructuring and understanding who should be at the video operations table.

6. How Conde Nast Built a sound video structure on Youtube

My mind was blown when I read this piece…

First -- who the heck though that Architectural Digest would ever be a thing? Let alone, who thought it would become a cornerstone for Conde Nast’s video strategy?

Another one of Conde Nast’s properties, Bon Appétit, saw subscribers triple in the past year to 3.7 million.

Remember my little tidbit about simply increasing the length of existing programming? It’s the backbone of Architectural Digest's success with videos now running six to ten minutes when just a year ago they typically ran from one to three.

From earlier talks about Group Nine Media merging with Refinery29 to this piece on merging with Buzzfeed, one thing is pretty clear: Group Nine is as big of a heavy-hitter as its much older counterparts.

If other headlines were about content creation (long-form + partnered), this one is all about video distribution -- something Group Nine has nailed.

“We are monetizing over 20 platforms. We have “InstaChef” launching its second season on Amazon Prime Video, as well as “Really Dough,” a pizza show. The Dodo has been exploring some distribution through TikTok, and looking at programming specifically for that. We’ve been programming on for IGTV. We have content distributed on Pluto TV and Roku.”

And, if you ask them, social distribution isn’t dead, as a majority of their viewership is still from these platforms. It’s all about going where your audience is, and Group Nine has done a great job guiding their viewers from social to their sites and to longer-form content on OTT platforms.

We couldn’t have a digital publisher headlines piece without mentioning the already infamous Quibi.

They’ve already raised $1 billion...and are looking for another.

Spearheaded by Meg Whitman and Jeffrey Katzenberg, Quibi, which stands for “quick bite”, has been making headlines since they came onto the seen last year.

However...they still don’t have a platform.

But they do have the backing of giant media companies including Time Warner, 21st Century Fox, MGM Studios, Alibaba Group, and more.

So why, as a digital publisher, should you care?

Because they’ve either been in talks with you...or your competitors.

And they’re on the hunt for “daily essential content that’s lower cost but at a higher frequency”...Which sounds a whole lot like what Facebook Live and Watch pushed for from these digital media darlings..which lead to hundreds, if not thousands, of layoffs when things didn’t exactly pan out…

So, while we might get a bit of flack for saying this, we definitely wouldn’t put all our eggs in the Quibi basket.

What Do These Digital Video Headlines Mean for Digital Publishers?

Overall, things are looking up - which is huge when you consider the disastrous peril digital video was in just last year. Digital publishers are finding ways to lengthen the shelf life of their video content while monetizing beyond traditional advertising revenue -- and that’s a win/win for everyone. 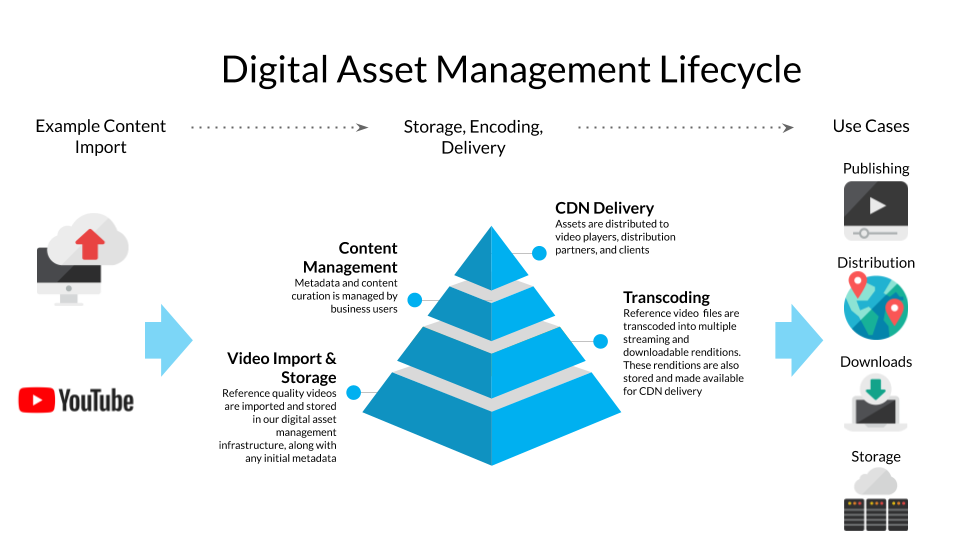 Video-centric publishers, broadcasters, and enterprises typically have an outsized focus on content programming and...

After dozens of interviews and hundreds of hours of work, we’re beyond excited to announce our brand new downloadable...

Why Long-form Video Content is the Future for Digital Publishers

Did you know BuzzFeed show “ Worth It,” which features the hosts trying similar foods at three different price points...