A recent industry news brief explains that Facebook will begin offering revenue sharing for some videos that play on its site. This could leave as much as 55 percent of ad revenue in creators' pockets which, of course, is great for publishers and could allow for more diversity in the global video ecosystem.

Re/code reports that Facebook wants to take serious aim at video giants such as YouTube by offering competitive ad-based revenue. It certainly has the audience -- billions of users -- and can use that leverage to spread around the dollars while also enticing video creators to submit original content.

Not all videos will be eligible for a share of the pie; only company partners will get that chance. All creators, however, will reportedly see their work paired with ads in the new Suggested Videos portal where users can search for videos by topic or publisher. Ads will play alongside videos in the feed, and Facebook will distribute revenue from those autoplay ads among the partners' videos who users have chosen to watch.

Dan Rose, Facebook's VP of partnerships, noted that Facebook will begin with a few dozen partners and grow from there. The Wall Street Journal reports that Fox Sports, Funny or Die, Hearst Corp., the National Basketball Association, and Tastemade are among the initial backers.

It also said there will be no revenue sharing in the first few months because Facebook will not charge advertisers for ads on site. Although there has been no official reported timeline, these initial months will likely act as a test run before the real game begins.

For sure, this is the beginning of what could be a substantial challenge to YouTube. It could also represent another online portal for which Zype could gather content. The video-based ecosystem of online video could also improve because revenue can translate directly into new content from partners.

Once Facebook works out the kinks in the system, we'll see how things change. For now, though, it's looking good considering that video plays on users' news feeds have grown from one billion to four billion only since last autumn. The service is expected to launch on iOS in a few weeks and then make its way to Android and Web in a few months. 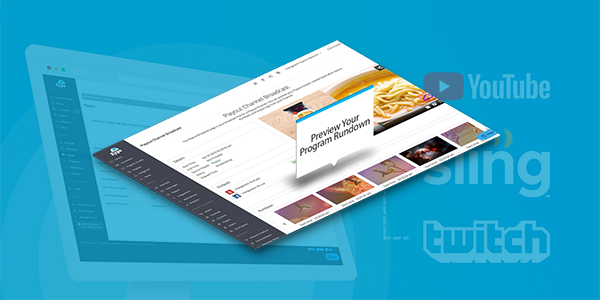 Up Close and Personal with Zype Playout

Since launching Zype Playout, we've been excited to show an in-depth look at the easiest way for video product teams ...

We’re excited to announce the launch of Zype Playout, the easiest way for video product teams to create, monetize, ...

In this article, Guy Columbro, Sr. Account Executive at Zype, shares his first hand experience in the shift f rom the ...