In this article, Guy Columbro, Sr. Account Executive at Zype, shares his first hand experience in the shift f rom the days of Blockbuster VHS to the direct-to-consumer, digital-first video landscape we have today. He documents what his "aha" moment was and why it still matters to keep your eye on the horizon.

I can still remember the day my father brought home our shiny new Dell desktop computer monitor and hard drive tower. We built the desk for it together and there it sat, glistening in the office lighting. Little did I know the about the powerful world that was placed in front of me. So, what did I do first? Download the two critical most components to benefit my social life, of course!

What do AOL-IM and an MP3 player download have to do with OTT? The over-the-top (OTT) media wave is new; until 4 years ago, many of us did not have a device to stream content in our home. Our experience with direct-to-consumer really started with very basic forms of digital interaction. I’ve had a chance to reflect on my journey from MP3 to OTT and am excited to tell you how it landed me as an AE at Zype.

For many of us, the first shift towards digital began with instant messaging and the ability to download music (legally and illegally) from the internet directly to the computer. Like me, you may remember the “Folder to Folder” icon that would pass a piece of paper from one folder to another, representing the downloading process. And then...you’d begin your wait. While I unfortunately was not one of the first kids in school with a new iPod to listen to all my super cool MP3 file music, I can admit I almost immediately damaged the family computer downloading illegal files from any and every music website claiming to have the song I was looking for.

Having my music on the computer was novelty enough to me. I couldn’t possibly have imaged that one day, it would be in my pocket, available from my phone. Smartphones are too big a topic for me to cover in this one, but I will say that for me, streaming music was first gateway into streaming video.

<strong>Then We Moved Up in the World:  Streaming Content on Desktop </strong>

My next big experience with technology revolutionizing my media consumption methods was when I learned how to stream video files on my computer. No more running out to the theater to pay $20 for over-buttered popcorn and someone’s head in my way of the screen. I won’t confirm or deny the legality of it, but let’s just say finding feature length films available at the touch of a download button seemed to top it all.

There was a slight drawback however; the content I was steaming wasn’t exactly quality . To put this in perspective for all those used to a millisecond load time and zero lag, let’s look at some riveting tech data. From 1990-2004, there were essentially 4 media players that allowed you to stream content from the internet (check out the image below for a good laugh). If you had any experience with them at all, you will remember that the stream was typically inconsistent, buffered frequently and ultimately you probably clicked out of the window to move on with you day. So not exactly living like a king, but hey, I was watching at home! How cool is that? 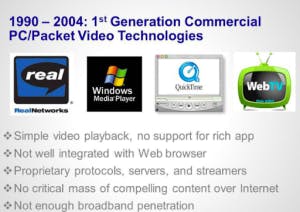 So I have music on my computer, and now I have a couple of choppy stolen - uh, downloaded - videos, but for the consistent movie experience, I’m still completely loyal to Blockbuster. On a Friday night, I’m rushing to the neighborhood Blockbuster with my friends to try and rent the latest games and movie, and grab a huge box of Sour Patch Kids. It really doesn’t occur to me that there are massive overhauls on the horizon.

My real “aha” moment came with two things. First, the release of the iPhone in 2007, and second, the new DVD rental service Netflix. I was certain Netflix was a fad, impossible to sustain. Mailing DVDs seemed like a ridiculous hassle to me, and completely impersonal compared to the Blockbuster-night experience I had grown up with and love.

And in a way, I was right. Netflix’s DVD rental service collapsed. Of course, little did I know about the plans for world dominance that Netflix had in store. Once the streaming platform subscription was released, everyone I knew quickly flocked to purchase an OTT device.

I will admit, I was pretty hesitant to jump onboard with a Netflix subscription initially. I was used to traditional cable providers with thousands of channels, access to premium channels like HBO, Starz and Cinemax with nothing to watch. Why was OTT going to be any different?

But it seemed like consumers were yearning for something new all along. Netflix surprised me again with original content and basically zero buffering time, and soon enough I was a subscriber and I, too, had a streaming device.

So where does this leave us?

I don’t need to tell you how the iPhone transformed the way we think about the internet, communication, and access to music. But it’s not just that. Today, with apps like Netflix, HBO, and others, people are streaming more content on their phone than ever before.

As we all become more accustomed to a life of on-demand media, I think it is important to remember the luxury of high speed internet connection and endless video content consumption options. We live in a time of extreme change, and connectivity. I think it will be imperative to empower people to create content that will help improve, educate and bring together our world creatively, in a socially responsible way.

We’re excited to announce the launch of Zype Playout, the easiest way for video product teams to create, monetize, ... 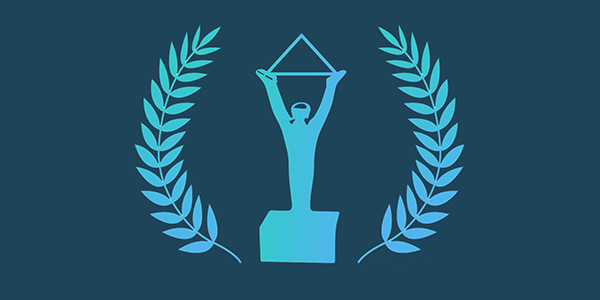 Zype is excited to announce the official launch of our support product, an offering that includes extensive Help Center ...