Cloud transcoding is very important in the streaming age for content creators, broadcasters, and consumers alike. It allows content to get shared across different platforms and devices with ease. In this article, you’ll learn more about cloud transcoding, its many benefits, and how to get started.

Transcoding has to do with media file conversion. It’s when you take a single encoded video or audio file and convert it into several renditions of the same video in the cloud. By doing so, the content is viewable across multiple platforms, different qualities, and with multi-bitrates.

Transcoding is sometimes confused for encoding. However, the terms aren’t the same.

Encoding, unlike transcoding, is when there’s raw content, which typically contains a large amount of data, and it’s compressed into a smaller format. Put another way, the encoding occurs when you compress files that aren’t available for streaming. From there, you convert them into digital format with a single target device versus the multiple target devices associated with transcoding.

Why Cloud Video Transcoding is Necessary?

Like everything else under the gigantic technology umbrella, video and audio media constantly evolves. It’s because of this that cloud-based transcoding is necessary. Content can become incompatible or obsolete as processes and devices change without it.

When transcoding, the audio or video format is changed from one to another. For example, an MPEG2 source might be transcoded into AAC audio or H.264 video. Meanwhile, transrating is when bitrates get changed, such as when 4K video is converted into one or more low-bitrate streams. There’s also transsizing, which is when a video frame is altered, such as when you move from 4K UHD to 720p.

Also often confused with both encoding and transcoding is transmuxing. This is when the container format gets converted, but the file contents do not.

Why Use Cloud Transcoding?

Cloud transcoding also plays a role in adaptive video playback. With this, an online video platform keeps multiple copies of each video file. It then streams the best copy for any given user. So, for example, those with faster internet connections will receive a better video copy than someone with a slower internet connection. Regardless, there’s minor buffering, which means everyone can enjoy the same content without limitations.

Finally, there’s the issue of storage. With cloud transcoding, your audio and video files are kept in the cloud and not on your company’s central computers and servers. Why is this beneficial? That cloud is backed up by massive data centers that are scalable, regardless of any possible peak load. It’s a scenario that’s simply unobtainable for one business or organization.

Companies like Zype are in the business of transcoding live content into multiple quality renditions for streaming, regardless of the platform. Through the Zype Apps Creator platform, businesses can quickly build, customize, and launch apps anywhere. It allows you to bring your site, video library, or print publications to apps through the Apple App Store, Google Play, Roku, Apple TV, Amazon Fire TV, Android TV, Apple News, and more.

With Zype, you can take advantage of the company’s content delivery network to bring streaming content to wherever your customers are and on any device. 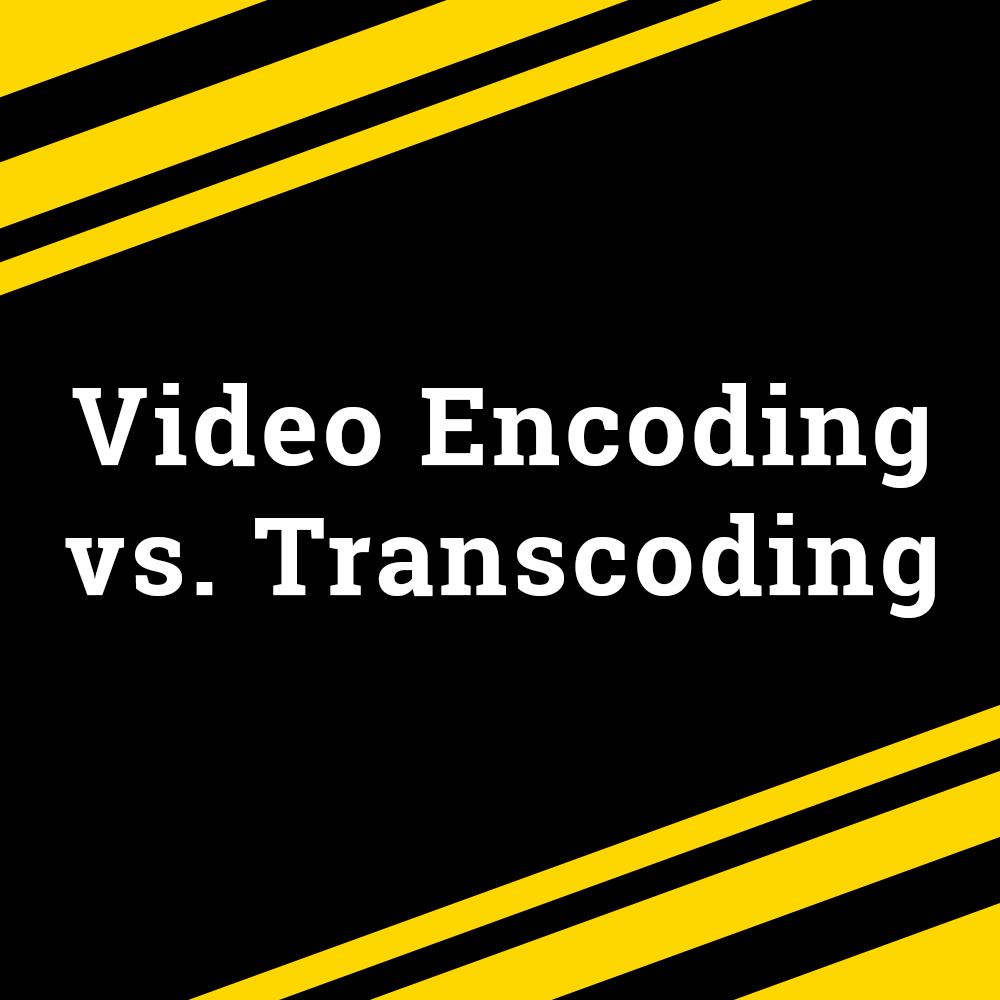 Video Transcoding vs. Encoding: What’s the Difference & Which Should You Use?

When it comes to video, the terms "encoding" and "transcoding" are often used interchangeably, but they’re actually...