Why Control is Key for Your Direct-to-Consumer Video Business

If traditional cable networks and media companies were once skeptical of OTT, they are quickly converting to true believers. Some of the biggest players in entertainment are breaking away from licensing deals with OTT services like Netflix and Hulu, to launch their own stand-alone OTT services. They’ve realized the opportunity that any content owner sees in going OTT—the potential to generate more revenue and the control of having a direct relationship with their viewers.

Disney made headlines when they announced that they’re pulling their content from Netflix to start their own streaming service. AMC and FX have similar stand-alone services in the works and it's only a matter of time before more follow.

It’s pioneering streaming services, like Netflix and Hulu, that have shown traditional media that OTT is not only a viable option, it’s the best option. As Netflix continues to lose licensing deals and exclusive rights to content, they’ve shifted their focus to expanding their library of originals, and it’s only making their subscriptions stronger.

Netflix has proven that compelling original content is enough to attract and keep subscribers, but the question remains— is content enough to make a stand-alone streaming service successful?

The Key: Control Over Distribution

Content may be the reason why people subscribe to a streaming service, but it is their control over that content that propels a video business to the next level. Having the infrastructure to support a direct-to-consumer business and have control over distribution is critical to the long-term success of any OTT service.

Disney has invested in technology to support their future streaming service, they realize infrastructure is key in securing total control over their content, revenue, and customers. HBO has also recently shifted to a direct-to-consumer model with HBO NOW, a subscription streaming service that is independent of any cable network. It’s all about the control, yet it is still something that many networks are missing when launching their over-the-top service.

FX and AMC are going OTT, but they’re continuing to rely on traditional partnerships with cable providers for billing and subscription services and requiring OTT users to sign-in with through their cable provider. This is a mutually beneficial arrangement for the network and cable provider for now, but excluding the rapidly growing segment of cord cutters could be detrimental in the long-run.

These networks aren’t just missing out on a growing audience market, but more significantly, they’re giving up control over distribution as they continue to share a huge chunk of their revenue with cable companies.

Control over distribution and content is critical for any video business launching an OTT service, regardless of their size. Zype is a video distribution platform that not only makes it easy to monetize and distribute content across devices but more importantly, empowers content owners with true ownership over their content and revenue. 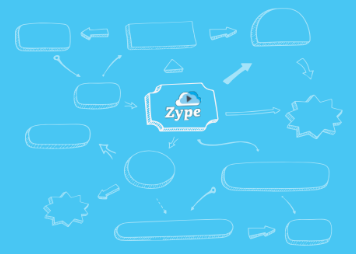